Member of Parliament for Romsey and Southampton North

Caroline Nokes was born in Lyndhurst in June 1972 and has lived in the immediate Romsey area all her life. She attended various local schools, including Romsey Abbey Primary School, Romsey School and La Sagesse Convent. Caroline studied for her A Levels at Peter Symonds’ College, Winchester and then read Politics and International Relations at the University of Sussex.

Caroline served as a councillor on Test Valley Borough Council, representing the Romsey Extra ward between 1999 and 2011. She was the Portfolio Holder for Leisure for nine years, having responsibility for the many leisure facilities in the Borough and the public open spaces, such as the much loved Romsey Memorial Park, Valley Park Woodlands and the well known Romsey Rapids swimming pool.

Caroline got her first job in politics, using her academic background to good effect, working as a policy adviser for her father Roy Perry, a local MEP, and gained a wide understanding of public policy development, the legislative process, and international issues. After a decade working in politics, Caroline became Chief Executive of the National Pony Society, an organisation dedicated to looking after the welfare of the British native breeds of pony, including the much loved New Forest ponies who roam free in the South Western corner of her constituency.

Caroline first stood for Parliament in Southampton Itchen in 2001 and for the Romsey constituency in 2005, before being elected to represent Romsey and Southampton North in May 2010. Caroline is the Chair of the Speaker’s Committee on the Arts and became a Parliamentary Private Secretary in the Department for Transport in December 2015.

In January 2018, Caroline was appointed Minister of State for Immigration at the Home Office, a Cabinet position. Accordingly, she was appointed to the Privy Council.

Presently Caroline is Chair of the Women and Equalities and Chair House of the Commons Arts Committee.

This has been a week of high political drama but perhaps not much substance.  The defection of Christian Wakeford (the MP for Bury South) from Conservative to Labour made for a stormy PMQs on Wednesday.

Even with masks and late notice on the lateral flow test requirements it was good to see schools go back this week.  But disappointing for me when Parliament returned not to be able to get in to the PM’s statement updating the House on omicron and the measures being taken to try to tackle it.

Given my stunning failure to predict a white Christmas I am not going to take up amateur meteorology in 2022, which I suspect will be my only New Year resolution.

I would like to begin by thanking all those involved in the organisation of Sunday’s Remembrance Service, and indeed those simply taking part, for (as ever) a beautifully moving tribute to all those who gave their lives so that we could know peace. 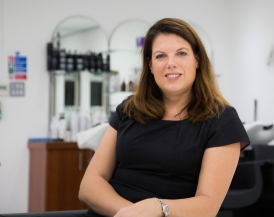