This week we have seen the State Opening of Parliament and the Government set out a massive new legislative programme of 38 new (or carry over) Bills. So some are not brand new, but are in effect unfinished work from the last session of Parliament. However, due to a nasty bout of food poisoning I could not be there to see Prince Charles perform his first State Opening on behalf of HM The Queen. But there was certainly a very large legislative programme laid out, including Bills to reform local planning, the details of which will need very careful scrutiny.

I was well enough on Monday to attend the Memorial Service of my colleague James Brokenshire, who really was liked and respected across the House. Theresa May gave a beautiful tribute to James, who had worked alongside her in the Home Office for many years.

Last weekend in Longparish there was a fantastic concert in aid of the DEC appeal for Ukraine, attended by a number of Ukrainian refugees living with families in the immediate area. The choir's performance of the Ukrainian National Anthem was incredibly moving and there was barely a dry eye in the church.

Coming up this weekend is the annual Florence Nightingale Service, paying tribute to the founder of modern nursing who is buried at Wellow Church, and also the dedication of her Calling Window in the Abbey. It has been a long time since we were able to mark Florence's birthday in this way. 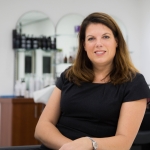 Member of Parliament for Romsey and Southampton North

Test Valley Borough Council are carrying out a consultation with residents of Abbotswood to better understand how the council can communicate with local people.

"We want to hear from you about how we (Test Valley Borough Council) can best to communicate with you, for example;